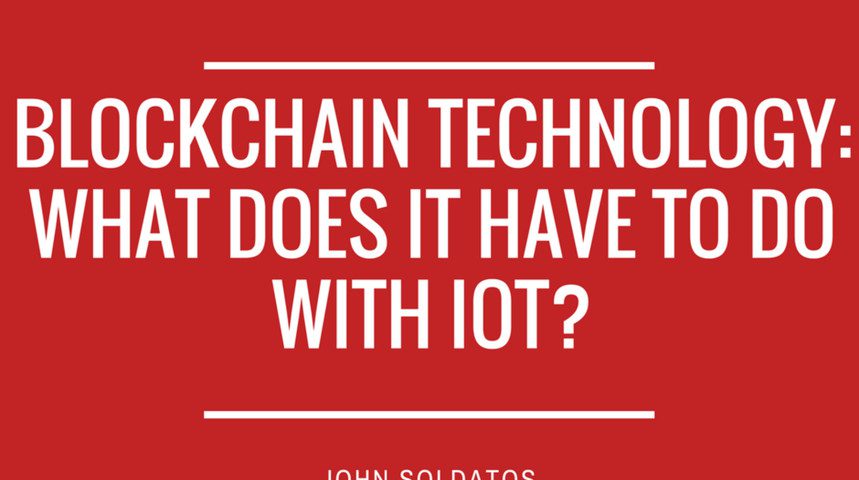 The author, publisher and member of FAR-EDGE consortium John Soldatos wrote this article regarding the importance of Blockchain Technology in the Internet-Of-Things. This article was first published on Theinternetofallthings.com website and is available here.

Bitcoin can be seen as digital money that is practically used to conduct payments in a way similar to other Internet cash techniques (e.g., like the popular PayPal). Bitcoin is radically different from conventional payment systems as it does not rely on a Trusted Third Party (TTP) for validating its transactions. Rather, it is based on a revolutionary technology, namely blockchain, which enables management and maintenance of a highly scalable and trustful distributed ledger of transactions.

In the case of Bitcoin, this ledger is kept by a distributed payment system, which keeps track of all legitimate transactions that have taken place to far. Rather than being maintained by a single party, Bitcoin’s distributed ledger is fully distributed, open and available to all parties. Special nodes of the distributed system (called data miners) are therefore able to process the transactions of the ledger in order to ensure the validity of any new transaction. A key novelty of this system is that the validation process is automatic, auditable, open to scrutiny and ultimately based on consensus. This is what makes the distributed ledger extremely robust and trustworthy: An adversary party will never be able to inject malicious transactions to the distributed system, given that other parties will detect the fraud and will not give consensus.

Blockchain is the technology that provides the means for maintaining and managing the distributed ledger of legitimate transactions of the payment network. From a technological perspective, it is a scalable and secure peer-to-peer networking infrastructure, which enables distributed management of transactions between the nodes of the network.

Blockchain is gradually becoming affiliated to Internet-of-Things (IoT) systems and transactions. The reason for this is that the concept and use of distributed ledger technology is not limited to financial transactions. The 100.000.000 units of the BitCoin are programmable and can be linked to digital properties other than currencies such as credits or digital votes. This gives rise to the use of the blockchain for supporting IoT applications. Instead of auditing the exchange of units of a digital currency, the blockchain could audit the validity of digital transactions between machines and things.

IoT is propelled by the proliferation of Internet connected devices, which are increasingly communicating with each other. Connected cars exchanging traffic information, refrigerators ordering items for replenishment and plantfloor sensors communicating with robots in assembly lines are few examples of such communications. The latter interactions must be secure and trustworthy. In this context, the blockchain provides a robust, trustworthy, secure and highly scalable mechanism for ensuring digital trust across all these transactions.

IoT and blockchain integration is still in its infancy. However, there are already early products and services, including:

Furthermore, there are open source projects that enable enterprises to develop their own blockchain infrastructures as a means of managing digital assets and securely exchanging data. Examples include the Openchain (https://www.openchain.org/) and the Hyperledger (https://www.hyperledger.org/) projects.

While these projects are just scratching the surface of blockchain’s potential, it’s clear that the Blockchain for IoT is here to stay.